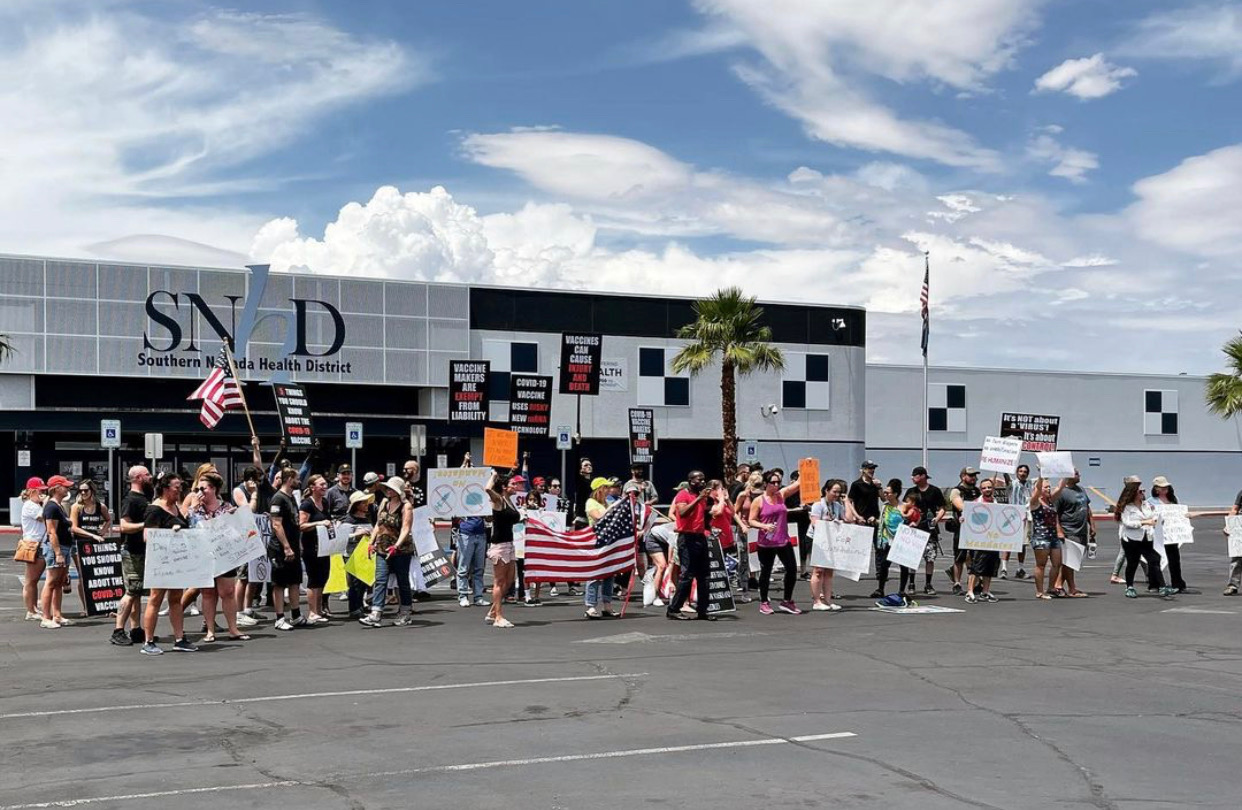 Today, citizens of Las Vegas were united by their pain and frustration at the new mandates issued at the state and county level. They were also motivated by the suffering of their compatriots in public comment at the "emergency meeting” of July 20, 2021. They had all watched the feelings of the public be held in total disregard by the members of the Clark County Board of Commissioners - now they were here to make their voices heard.

The crowd gathered on the corner of S. Decatur and Meadows and lined the street in front of the Southern Nevada Health District Main Facility. There was a feeling of unity in the group, which embodied a broad spectrum of the community and bridged the political and racial barriers we are constantly told to see as deeply dividing and separating us all. The unifying force on this 96°F Las Vegas summer day was a desire for freedom.

The message from the people was clear; they demanded medical freedom. Upwards of 60 people were in attendance - waving flags and holding signs high. An uproar of horns cheered them on as passersby made their support clear. Las Vegas wants to be free. As time passed, stories of oppression, pain and heartache were shared.

It was obvious to all in attendance that this was only the beginning. If local officials move forward with these tyrannical mandates, the people will push back. We will not comply.